I just received the cover for Knight Errant (release date August 17, 2015) from my publisher. I would do anything to be able to travel to Palermo, Rome, Northumbria in 1294, or any other time and place, if I could meet this guy. He’s the embodiment of Sir Robert Clarwyn a knight-errant in service to Edward I. Robert is tasked to retrieve the adventurous (and somewhat rebellious) Lady Juliana Verault so their king can hand her over in marriage to an unsuspecting Scot. Robert pitys the poor man, until he meets and gets to know Juliana. 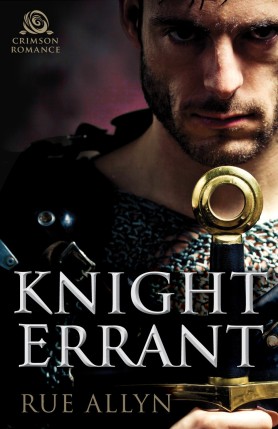 By the way, this news went out first to subscribers of Rue Allyn’s Very Occasional Newsletter. If you’d like to receive this announcement only communique click here to subscribe.